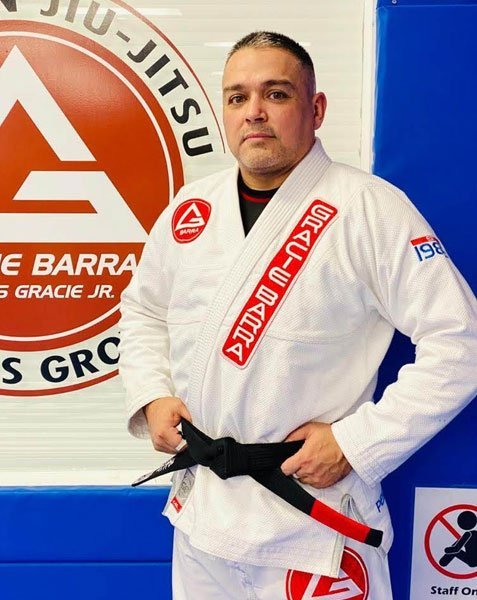 Professor Alex Rojas began training in jiu jitsu at a different academy January 2011 in Lombard. He started with Gracie Barra as a blue belt under Professor Carlos.

His police career has spanned 23 years. He has been in patrol, a K-9 handler for the US Border Patrol, a SWAT Operator, SWAT sniper, and firearms instructor. He is currently assigned as a detective in his department.

His current position within Gracie Barra has evolved into an instructor since he has completed his ICP course and received his Gracie Barra black belt on December 2019.