Muay Thai/kickboxing is a form of martial arts originated in Thailand. The art is well diffused all over the world which consists of the use of strikes with eight “points of contact”,(fists,elbows, knees,shin and feet) as opposed to “two points” (fists) which is commonly seen in Western boxing, or “four points” (fists, feet) which is used in primarily sport-oriented forms of martial arts. Muay Thai is Thailand’s national sport.

Our Muay Thai Program/Kickboxing program is lead by two of the most charismatic instructors of Chicagoland who have been teaching martial arts for several years. Our instructors Lou Tobar and Hector Vargas are black belts in traditional martial arts styles and with a wide training and teaching experience in different forms of striking such as Western Boxing, Savate and JKD. We offer classes Tuesdays and Thursdays nights and on Saturdays morning. 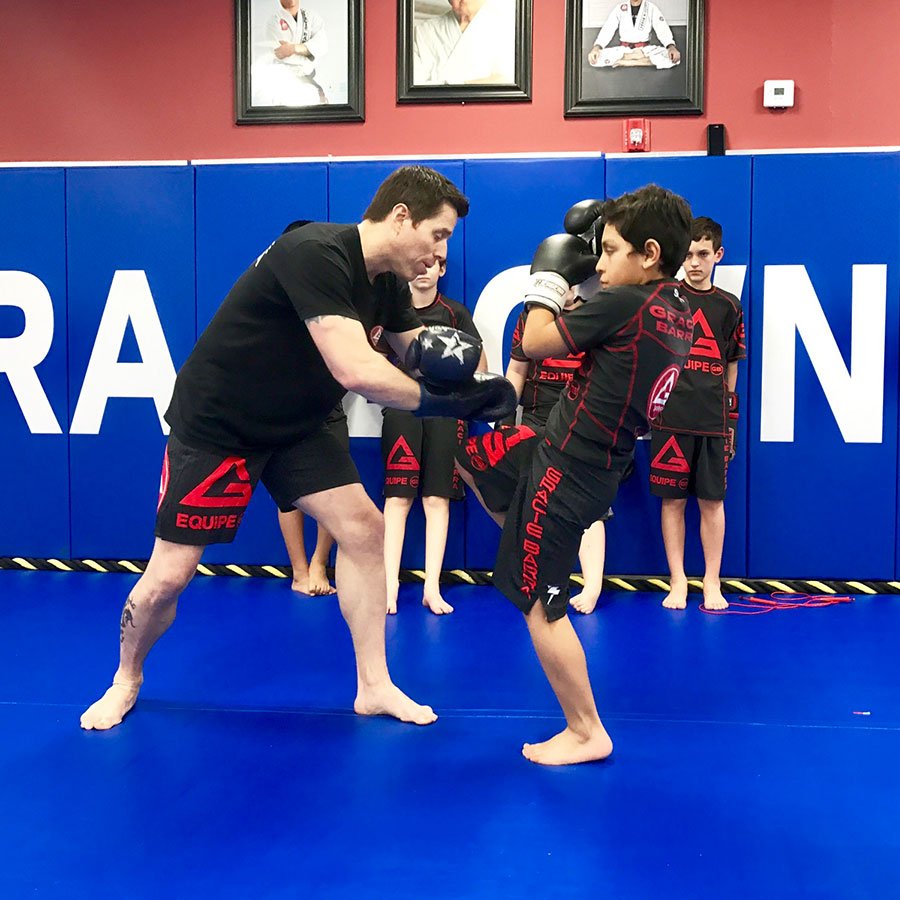